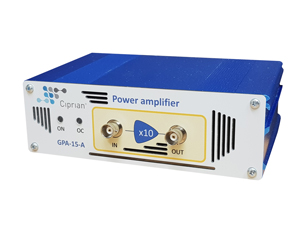 Their high bandwidth, low noise and low distortion makes them suitable for amplification of weak signals.

On the other hand, their output ratings and the built-in protections allow the safe excitation of loads and transducers with powers up to 15W.